Rode out to RockerBox - a street fair in Milwaukee that's brand-non-specific. My friend Scott helped start it years ago to provide a non-Harley rally, aimed at cafe racers and Euro and Japanese vintage bikes. It's turned into an event where you'll see just about everything and anything. Mostly regular bikes, but with some rare stuff, and some downright weird stuff thrown in. Even the lame 50,000$ over restored choppers get represented (although there seem to be fewer and fewer that show up every year - maybe because the rat XS650 with the crazy frame mods sitting next to it gets more attention). All proceeds from beer and food sales go to the Steel Shoe Fund to help injured racers. 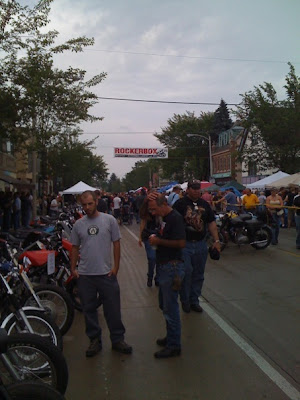 This picture doesn't do the # of bikes justice. Basically it was 4 or 5 blocks of bikes on both curbs and back to back running up the middle. 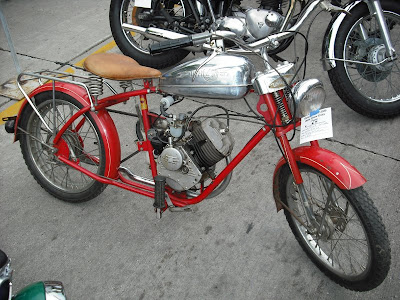 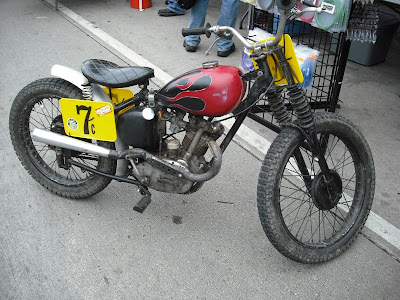 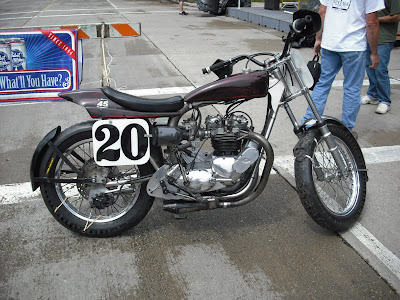 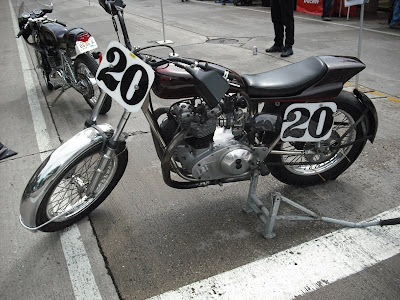 This Oil-in-frame Triumph ice-racer kicked ass. Guy competes with it too, not just for show. 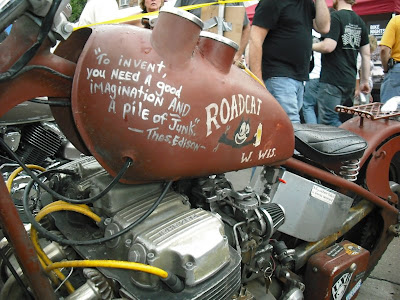 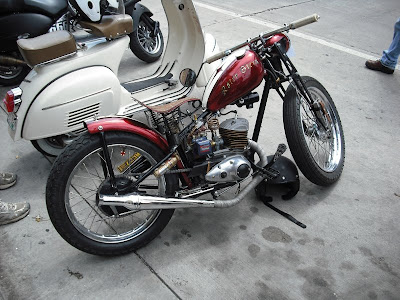 The Harley 2 Stroke was really cool - it not only had a miniature Harley-branded (original equipment!) fire extinguisher bolted to the rear subframe, but it also had a small gas can flask on the right fork held by a little leather holster. 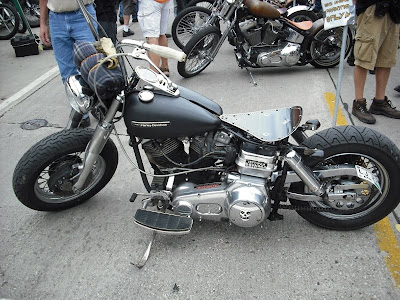 Shows you don't have have lots of flash to look good. That seat don't look comfy. 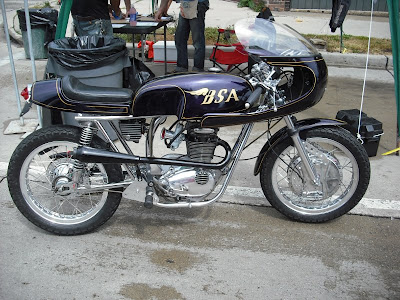 Nice cafe. There were tons more. The Mid-West sure has a strong Cafe Racer scene. Reminds me of the old days. *sniff* 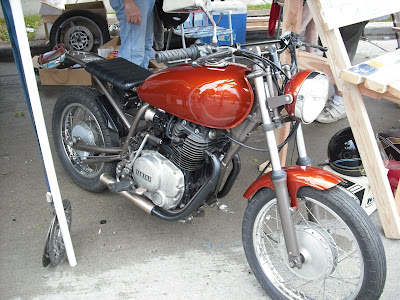 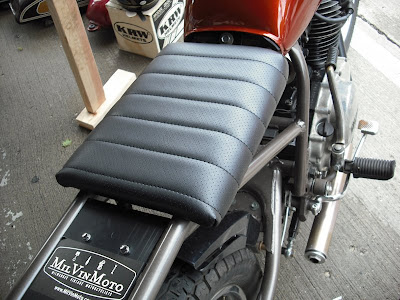 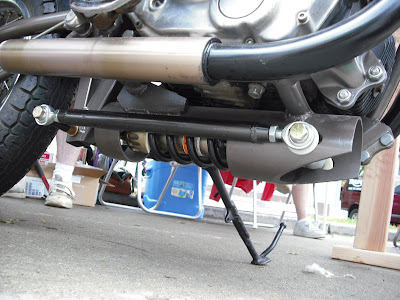 This XS (400 I think) Street Tracker was not only a nice job, but the guy had done up his own underslung mono-shock. "Mufflers" were made out modern fork tubes. Owner said it was super loud. 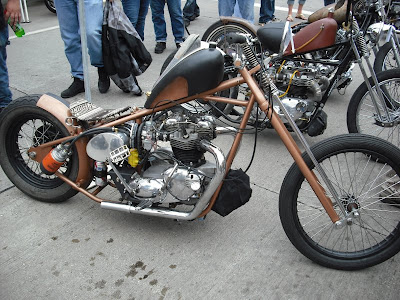 Old-school is back. Several hardtail bobbers and choppers were there - from Harleys (natch') to XS650s to Triuphs. Thank god the overdone BS chopper thing is over. That seat don't look comfy either. 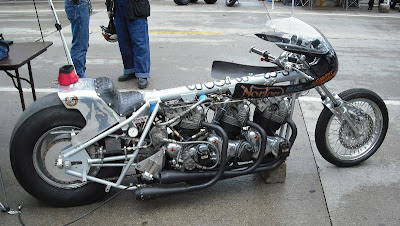 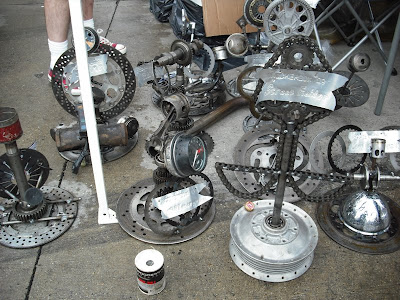 Trophies made during the event. Sweet.
Posted by pushrodmofo at 8:00 PM